The CAT 3116 is a diesel engine mostly used for marine thrusting. This turbocharged engine can be utilized as a stand-alone application engine or in conjunction with powerboats. It can fit into various Caterpillar marine devices that can give slower or faster acceleration as per the vessel’s proposed use. The Cat 3116 is excellent as it can run with different Caterpillar marine transmissions to offer various amounts of acceleration. It is the basis of its substitute 3126, which was later replaced in the year 2003 by the CAY C7.    No doubt Cat engines have a great track record and you can’t go wrong with them. Remember, Cat powered the American Virginia class nuclear submarine. This employs the V-12 3512B turbocharged diesel engine. Perhaps, it’s true to say, it will beat most of the standard engines you know.

For Cat 3116, the standard equipment comprises the flywheel, the alternator, cooling system, and other components. The onboard torsional vibration damper keeps vibration and drifting as low as possible. The engine is fitted with a cooling system that comprises oil coolers for the engine and transmission, an expansion container, a water-based cooler, and an extra seawater pump.

To find out and fix some of the Cat 3116 engine problems, we have researched the common issues that lead the owners to think of replacing their engines. From that, we have singled out the reported recurring issues that you need to note. Below is the list of the issues, some of which may imply that the engine cannot be of service to the owner and some requiring some fixing.

The journey to establish an efficiently running engine begins with the identification of the common Cat 3116 engine problems as listed earlier. While the list acts as the menu for the step-by-step remanufacturing process, it helps in ensuring that all possible engine issues have been exhaustively checked. Even without the slightest indication, the mechanics have to go through each of these components. 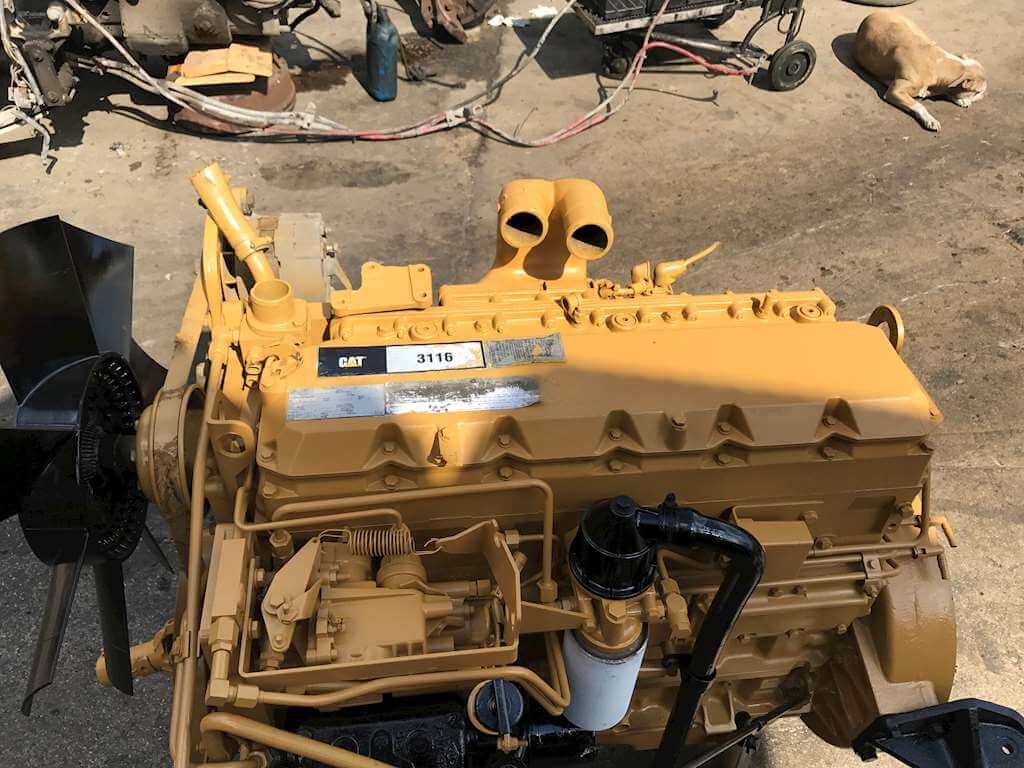 Many things can make your engine defective. Some end up leaving the engine non-functional so that you are only left thinking about replacing it. Should you be lucky, you will just need to replace some parts. In some instances, your engine may just need simple refreshments.

There comes a time when the remanufactured Caterpillar 3116 becomes the best thing to opt for. This is particularly the case when you have had some series of disappointments with the engine indicating that it has run into periodic problems that will keep recurring. It is also something to think of if you have a limited budget and you have some re-usable components from the old machinery. Caterpillar 3116 remanufacturing involves a detailed process that includes a complete core tear down, washing, examination, and machining. The steps guarantee absolute completeness and that the recommended standards and greater levels of professionalism are attained.

The approach used for the remanufactured Cat 3116 entails the use of both remanufactured and new components. This should not be mistaken for reconditioning or refurbishing of old engine parts but a complete rebuilding of the old Cat 3116 engine to the OEM standards.

The objective for remanufacturing the Caterpillar 3116 engine is to be as close to the brand-new one as possible. It is not just by the physical appearance but also by the level of performance exhibited. The wearable components are appropriately fitted and the Cat 3116-core body is then scrutinized and judged against the original kit specs for the correct dimensional thresholds. The replacement components are either brand-new or requalified. Likewise, the same production procedure as that of the original product is mirrored during the remanufacturing of Cat 3116. The practice is intended to warrant the manufacturer’s specifications.

As a seller of Caterpillar engines, we consider Cat 3116 among the best we have in our stores. The remanufactured Cat 3116, an engine made for construction and use on heavy equipment won’t fail you. If you have been searching for a remanufactured Caterpillar engine to use in such applications, then this is the best alternative. Like other customers, you will find value in this excellent product.